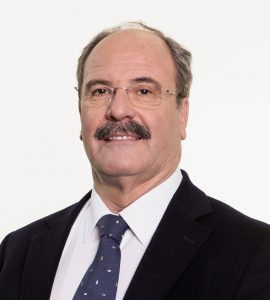 Mario holds a degree in Mechanical Engineering which was awarded to him by the University of Lisbon and also has extensive industry experience in the engineering and energy sectors, which spans over a forty year period. He commenced his engineering career in Portugal in 1974, where he was appointed as Project Manager in a company that manufactured heavy components for conventional power plants. In 1984, he was appointed as a Contracts Manager for oil, coal and combined cycle power plants installed in Portugal and worldwide, where Mario worked in partnership with international players including Foster Wheeler (US), Brown Boveri Corporation (BBC), Asea Brown Boveri (ABB) and Alstom to deliver a number of complex projects. When Mario joined ABB and Alstom he held a variety of positions which culminated in his appointment as the Director of the Energy division of ABB in Portugal and later, following the worldwide acquisition of the ABB Energy sector by Alstom, in Alstom. In 2004, Mario was one of the founders of Gaeltec Utilities Ltd. in Ireland, and since this time he has held the position of Executive Director and Board Member. During his career, Mario has continued to develop professionally and has completed courses in project & claim management, as well as financial management. This continued professional development, coupled with extensive industry experience and both personal and professional interests in Gaeltec Utilities Ltd., as a founder member of the company, positions Mario as a key player within Gaeltec’s team and to the future developments of the business.

← BACK TO TEAM
Scroll to top